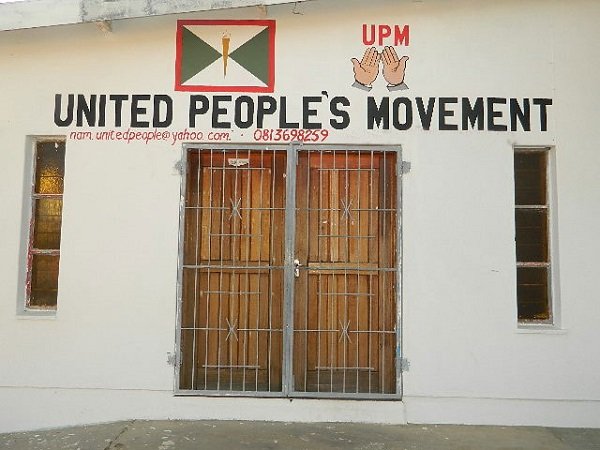 The United People`s Movement (UPM) with its headquarters in Rehoboth was established on 30 October 2009 and is registered at the Namibian Election Commission since 27 July 2010. It participated in the November 2010 elections and won 2 seats in Rehoboth and 1 in Okahandja. The Movement unites previously opposing factions in order to unite the Baster People and provide them with a political voice. The groups behind the establishment of the UPM are the Burger Beweging under the leadership of Willem Bismarck van Wyk and the Rehoboth Baster Gemeente of Kaptein John McNab.

The United People`s Movement of Namibia endeavors to:

- Act as representatives of the people of the Republic of Namibia and to serve their interests.

- Undertake and organize all such actions, assist programs and support necessary in pursuance of its objectives.