Letter to the Editor by Martin Dentlinger 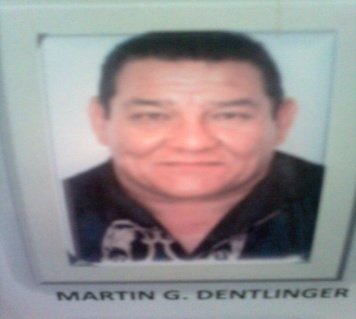 For years I have been burdened by the Rehoboth Baster genocide commitment of the Namibian Government. How could a so called Christian country commit such a Luciferian act against one of their own indigenous peoples with so called Christian voters, and leaders, as well as embassies, investors etc. approving a blatant act like this by continuing support and financial assistance to  inhuman governance.

Allow me to state the following:

Namibian Government has committed it selves to rule by what is called a constitution. This is a plan by which the country is supposed to be governed. The constitution is more or less calculated to promote the interest of all different communities. The President, his Parliament, Governors and Councilors sworn to govern the country according to the constitution: As such we may conclude that there is a compact and consent between the governors and governed.

If the Government rule according to the law; if he make no attempt to change the constitution, nor break the compact between him and the people; there is, therefore, no legal ground of opposition to his civil authority, and every act against him is not only rebellion in the worst sense of the word, but is unlawful and absolutely sinful.

Nothing can justify the opposition of the subjects to the ruler but overt attempts on his part to change the constitution, or to rule contrary to law. When the ruler acts thus he dissolves the compact between him and his people; his authority is no longer binding, because illegal; and it is illegal because he is acting contrary to the laws of that constitution, according to which, on being raised to the supreme power, he promised to govern. This conduct justifies opposition to his government; but I contend that no personal misconduct in the ruler, no immorality in his own life, while he governs according to law, can justify either rebellion against him or contempt of his authority. For his political conduct he is accountable to his people; for his moral conduct he is accountable to God, his conscience, and the ministers of religion.

In the Rehoboth Baster situation the Government of Namibia has acted against a number of articles in its own constitution that was supposed to guarantee the rights of its citizens and thereby forfeited respect of authority and their right to govern Rehoboth.

Chapter xi Article 73 of te United Nations Charter states: A State that gravely violates its obligations towards a distinct people or community within its boundaries loses the legitimacy to rule over that people. Thus, if the State and its successive governments have repeatedly oppressed a people over a long period, violated their human rights and fundamental freedoms, and if other means of achieving a sufficient degree of self-government have been tried and have failed, then the question of secession can arise as a means for the restoration of fundamental rights and freedoms and the promotion of the well-being of the people.

Secession (a formal withdrawal from an organization, state, or alliance) is seen by some as the ultimate realization of the external aspects of the right to self-determination, as the ultimate implementation of a peoples’ right to “freely determine their political status”. However, secession is not an absolute right and it cannot be invoked unilaterally unless there exists continuing and grave oppression of the people concerned.