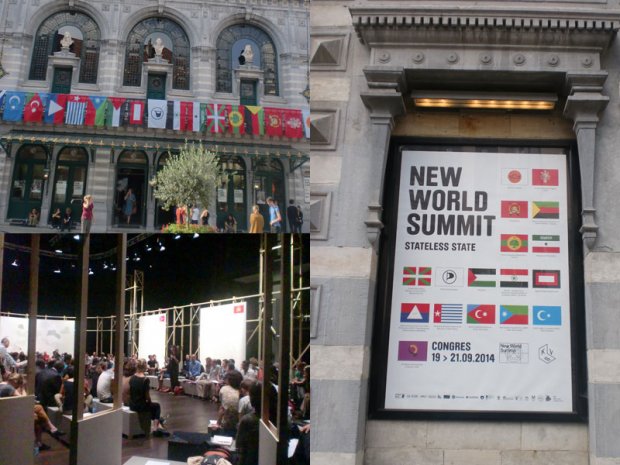 On 19 – 21 September 2014, the Rehoboth Basters represented by Martin Dentlinger participated in the 4th New World Summit (NWS) ‘the Stateless State’. The event took place in the Royal Flemish Theatre in Brussels.

The NWS is a forum that offers a unique mixture of art, culture and politics for organizations finding themselves unrepresented and excluded from political and democratic processes.

The concept of the NWS provides the participating Stateless States a free space to discuss the concepts and ideas about whether the current ‘States’ have adequate sovereignty and legitimacy to be able to provide their people(s) with self-determination in the 21st century.

Twenty stateless political organizations were invited to participate in the event at the Royal Flemish Theatre in Brussels. The three day event was organized around several topics: the oppressive state, the progressive state, the global state, new states and stateless states.

Martin Dentlinger shared the experiences of the Rehoboth Basters’ struggle for greater self-determination and human rights as well as the general history of the Baster people with the audience. He explained about the problems regarding the land appropriation of the Baster as well as their activities to get the title to them back through diplomatic and juridical means.

Following his contribution a debate with the audience arose about the question how ‘the children of a colony’ can be seen as indigenous and how the idea of the ‘Rainbow nation’ is often used to exclude legitimate concerns about peoples’ identity and legal status. 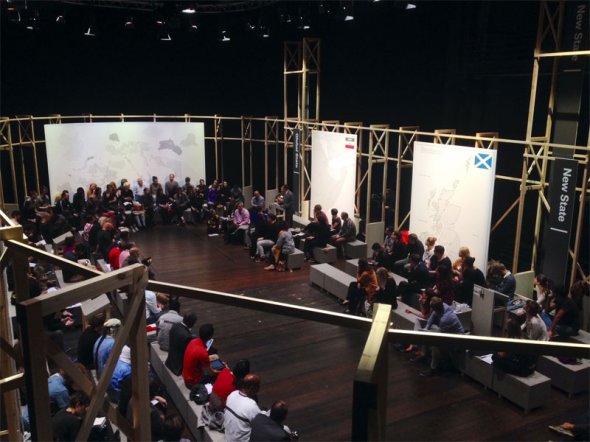 The provisional captain explained that the Rehoboth Basters’ land was “illegally expropriated” by the Namibian Government. He further explained that the title to their land should be restored and that they should have control of their cultural background and be able to safeguard its transmission to further generations. Getting back the land would also allow the Basters to return to an equitable distribution of income and revenue.

Participation in the three day event allowed the Rehoboth Basters to express their situation and raise further awareness at an international level. Furthermore, it was an opportunity to meet various other representatives with shared visions and dreams which offered new avenues for future cooperation.

The event was co-organized by UNPO and together with the Captain’s Council they will pursue all diplomatic and juridical opportunities to get the legitimate rights of the Basters on the political agenda.