UPM satisfied with the performance of its Okahandja branch - UPM Press Release, 26 April 2013 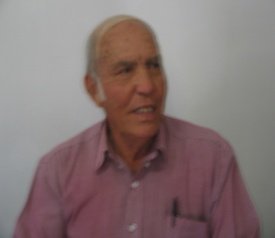 The United People`s Movement (UPM) over the weekend had a successful meeting with members of its Okahandja Branch at its Head Quarters in Rehoboth. The reason for the meeting was among other to discuss concerns of its members in Okahandja. The delegation was headed by its Councillor at Okahandja, Mr. Andries Bezuidenhoudt.

The UPM HQ has been pleasantly encouraged by the report of unity in cooperation and pleasant relationship that exist amoung Councillors of different political parties in Okahandja, teamwork which the UPM would like to see in all Town Councils where it has representation.

Although some challenges such as the provision of serviced land and basic services exist, efforts of the Okahandja Town Council to bring development to the town are highly appreciated by the Party Leadership.

The UPM meeting resolved to convene a community meeting at Okahandja Branch in order to keep in touch with its members and to ensure that issues of concern are attended to. The Party has once again committed its Councillors to strife for service delivery and to combat corruption and self-enrichment by its Councillors. Recruiting new members and the establishment of branches in other towns was also discussed and is high on the UPM priority list.

The UPM urged people in other towns, who want change in their municipal affairs, to organize themselves and join the ranks of the UPM in order for them to have a say in their towns affairs.