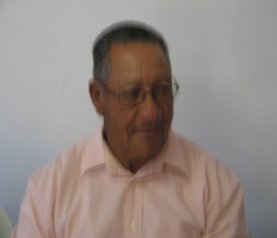 The Rehoboth community and its leaders have over the past four years overcome many obstacles to unite a once divided community. This long awaited dream became a reality on 4th February 2013 with the finalization of talks between the UPM and the RRA in efforts to join forces as from today 08 Febraury 2013, a historical day indeed.

We can proudly tell you, the residents of Rehoboth, that a once divided Rehoboth community, has united and will be a force to reckon with in the political arena during the next elections.The continued oppression and loathsome treatment we are subjected to from the swapo party government over the past twenty three years had just the opposite to expectations of extinction of the Rehoboth Community. Actions and responds of the Swapo Party government forced us to unite, and to emerge as a stronger, more determined minority group seeking cooperation with other minorities to ensure that we survive plans of the swapo regime to eliminate us and to silence our voices as a minority group. This united force (UPM)will increase pressure on the corrupted Rehoboth Town Council (RTC) to ensure that the residents of Rehoboth receive the required services.

The RTC has failed the residents of the town, corruption, bribery and incompetence  has been coming along since Swapo took over the administration and continues to date. As from today the UPM will have the full mandate from the people of Rehoboth who are tired of substandard services and the continued corruption and incompetence at the RTC. Today marks the beginning of the end of the corrupt swapo party dominance in Rehoboth and other towns where the UPM intends to contest local authority elections during 2015.

Swapo leaders will continue to mislead the people of this country,whilst the elite make sure they pick up the tenders to fill their pockets. Empty promises, victimization and intimidation will continue but the voiceless now, do have a voice through the UPM.The UPM will continue to talk to various political parties not represented in parliament and other stakeholders, to see how we can work together to stand tall against the swapo party oppression and to ensure that minority groups oppressed by the swapo party government have a vehicle to get themselves into parliament next year. Swapo the so called freedom fighters that fought against oppression are the biggest oppressors today.

Residents of Rehoboth and the Namibian nation who are tired of the swapo party oppression, get ready, go and register during the upcoming voters registration process and let`s get to the polls to give the so-called mighty swapo party a run for its money. Let`s unite, stand-up and  get rid of a corrupted and incompetent regime in our towns.

Minority Peoples of Namibia this is a call to you to identify your leaders,give them the mandate in cooperation with or through the UPM to eliminate corruption and to continued struggle for a better tomorrow for our children.