The Stand of the UPM on the Just Ended Elections 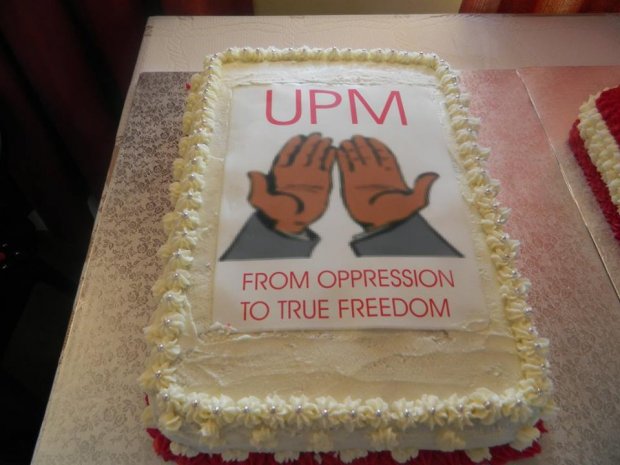 The United People`s Movement (UPM) would like to extend its gratitude to its members and supporters.

The results have shown that the electorate across the country has confidence in the UPM as a political party. The party will concentrate on issues of national concern, such as the provision of land and housing. The high unemployment rate, job creation, corruption, education, food production, vocational training and quality health care services for all,  just to mention a few are issues the UPM will attend to, whilst issues raised in the UPM`s election manifesto will also get good attention.  The UPM would consult minority groups that would not be represented in the NA, with the aim to also represent their interest. Such groups including the San and other marginalized communities. The party would also address the land issue of the Rehoboth Basters, the expropriation of their properties by the Namibian Government and their quest for recognition as an Indigenous People under the Paternal Law of 1872. The UPM also aims to concentrate on problems experienced on Local Authority level.

The past election was quite an experience, as it was the first time the party contested NA Elections. The UPM would give credit to the NBC TV for its efforts to level the playing field by giving equal free airtime to all the parties contesting the elections. The print media also played its role, although the UPM is convinced that the ruling party had the advantaged as its meetings,  rallies and programs were constantly reported on over the past five years, whilst coverage of opposition party events were  covered to a smaller extent or were not covered at all.

The use of the EVM`s has not only contributed to excitement but has also influenced the results to a certain extent. The ECN, despite challenges and shortcomings did its best to keep all stakeholders happy. The fact that ``Temporary ECN officials`` used the EVM`s for the first time contributed to long queues and frustrating people who later left without voting. Inexperienced police officers, controlling people at polling points also contributed to anger voters leaving the polls without voting.  There are also claims that big numbers of people supporting the ruling party, arrived at polling stations after 21:00 and that they were allowed to vote, something the police officers should have prevented.

The long distances mobile teams had to travel, resulted in their late arrival at mobile polling points, also contributed to people leaving without casting their votes. The UPM in general is satisfied with the result it got, although it believe it could have done better in certain areas/towns. The UPM will for now concentrate on the Regional and LA Elections next year. The party will definitely thereafter concentrate on some Regions to establish a strong basis to work from for future elections. The EVM`s despite the absence of a paper trail, contributed to the quick announcement of results in some areas. It took a voter about 15 seconds to cast a vote, however the process prior to casting the vote contributes to the slow pace at polling stations.

In Rehoboth the UPM had to intervene at some polling stations after complaints about preferential treatment to pensioners were brought to its attention. With the permission of the presiding officers and the assistance of the police, two queues were formed to ensure that other voters were given equal treatment. A case whereby a voter could not vote as his voters cards was deactivated, were reported in the Erongo Region. The UPM will still follow the case up with ECN. There were also claims that occurrence books were not available in the Khomas Region, the party could however not verify this due to the hectic schedule as it had no agents in that region.

The UPM has learned a few lessons  from this election, however the biggest is the ``URGENNT CALL``  for the opposition to form a united force to prevent swapo from getting a two third majority again as Namibia is quickly moving towards a ONE PARTY STATE. The UPM is convinced that the opposition would counter successfully in Regional and LA Elections if opposition leaders have the concern of the electorate at heart and compromise. Opposition votes should not be divided to the benefit of Swapo in Regional and LA Elections.Best wishes from the UPM to its members, supporters and the entire Namibian nation. May you all have a prosperous festive season and a happy 2015. May the grace of God remain with us.