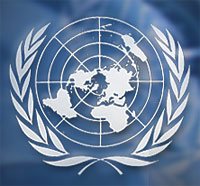 On 6 September 2000 the United Nations Human Rights Committee gave a verdict that the government of Namibia violated the rights of the Rehoboth Baster community by refusing to communicate with them in Afrikaans.

Click here to open the full document in PDF

A third party opinion on this verdict can be found here

Part of the HRC statement reads as follows:“10.10 The authors have also claimed that the lack of language legislation in Namibia has had as a consequence that they have been denied the use of their mother tongue in administration, justice, education and public life. The Committee notes that the authors have shown that the State party has instructed civil servants not to reply to the authors' written or oral communications with the authorities in the Afrikaans language, even when they are perfectly capable of doing so. These instructions barring the use of Afrikaans do not relate merely to the issuing of public documents but even to telephone conversations. In the absence of any response from the State party the Committee must give due weight to the allegation of the authors that the circular in question is intentionally targeted against the possibility to use Afrikaans when dealing with public authorities. Consequently, the Committee finds that the authors, as Afrikaans speakers, are victims of a violation of article 26 of the Covenant.

11. The Human Rights Committee, acting under article 5, paragraph 4, of the Optional Protocol to the International Covenant on Civil and Political rights, is of the view that the facts before it disclose a violation of article 26 of the Covenant.

12. Under article 2, paragraph 3(a), of the Covenant, the State party is under the obligation to provide the authors and the other members of their community an effective remedy by allowing its officials to respond in other languages than the official one in a nondiscriminatory manner. The State party is under an obligation to ensure that similar violations do not occur in the future.”