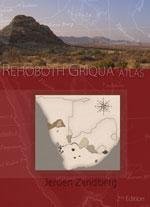 “The Rehoboth Griqua Atlas describes the history of the Baster States of Southern Africa. The story of the 19th century Griqua states, the smaller Baster states and the Rehoboth state that survived until 1990 are chronologically presented through maps, photos, drawings and text, which visualises a largely unknown part of human political history.  The Rehoboth Griqua Atlas begins with an introduction of the indigenous people of Southern Africa in which the origin, distribution and way of life of the Khoikhoi are presented. Next, the book explains how, where and when the Basters and Griqua became the descendants of the Khoikhoi and Dutch settlers. The main part of the book describes the rise and fall of the various Griqua and Baster states. Maps, dates and historical evidence show the place of the Basters and Griqua in Southern African history, its present and future. This book is a completely revised update of the 2005 publication with the same name.”

Origin of the Basters 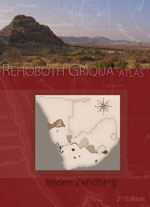 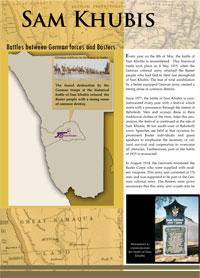